The Philippe Rotthier Prize for “The Reconstruction and Enhancement of the Local Heritage” has been awarded to the Spanish association Terrachidia for its action in the renaissance of the M’Hamid Oasis in Zagora, southern Morocco.

The jury praised the project for its educational action in the long term that aims to promote the knowledge and practice of traditional architecture, with a strong social impact and an opportunity for development for the inhabitants.

Terrachidia is a project for the protection and enhancement of cultural heritage. The association works in places threatened by depopulation and climate change and at risk of disappearing. For this reason, they work in historic centres and rural enclaves, where architecture, inhabitants and the environment form an indissoluble triad.

Terrachidia is made up of Carmen Moreno Adán, Marta Colmenares Fernández, Raquel Peña López, Alejandro García Hermida, Oriol Domínguez Martínez and Rebeca Gómez-Gordo Villa, and many other people and institutions, including INTBAU Spain, have collaborated in its projects. 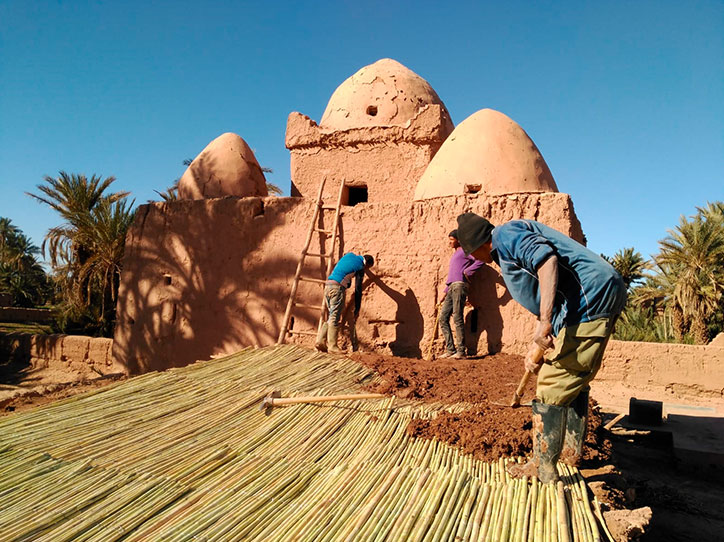 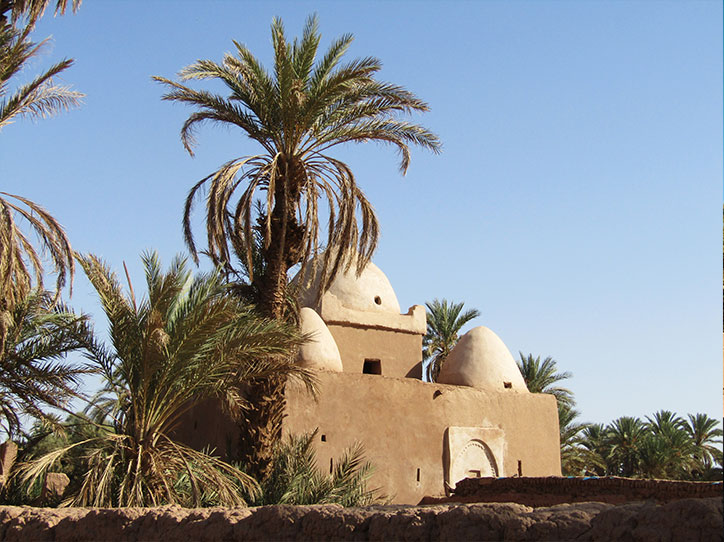 Terrachidia’s work has improved the situation of the M’Hamid oasis, which faces the following problems, among others:

– The Draa River carries water to M’Hamid only on a few occasions throughout the year. The phreatic level is progressively depleting.
– The farmland has lost a significant amount of ground to the advancing sand dunes, which encroach upon the southernmost ksour.
– The water shortage is making it impossible to support a local economy based on agriculture. The depopulation of the oasis has increased progressively.
– The population is being forced into the tourist sector. The tourists get into the desert, without visiting the villages. The present urban appearance is quite far from the equilibrium of ancient times. 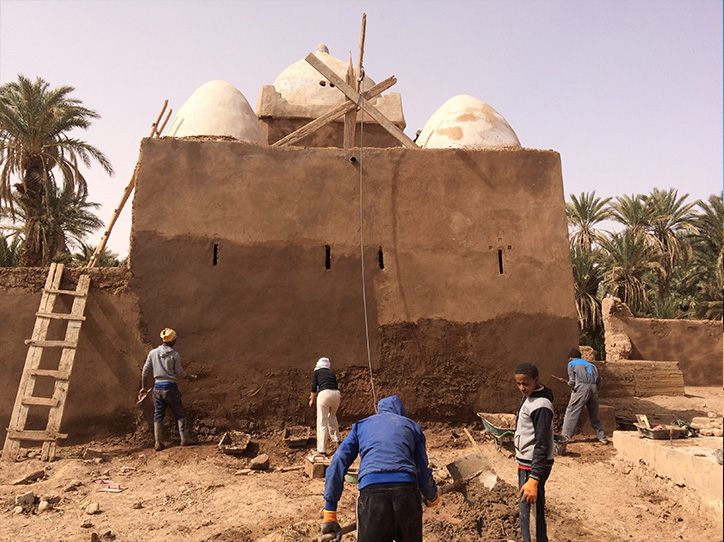 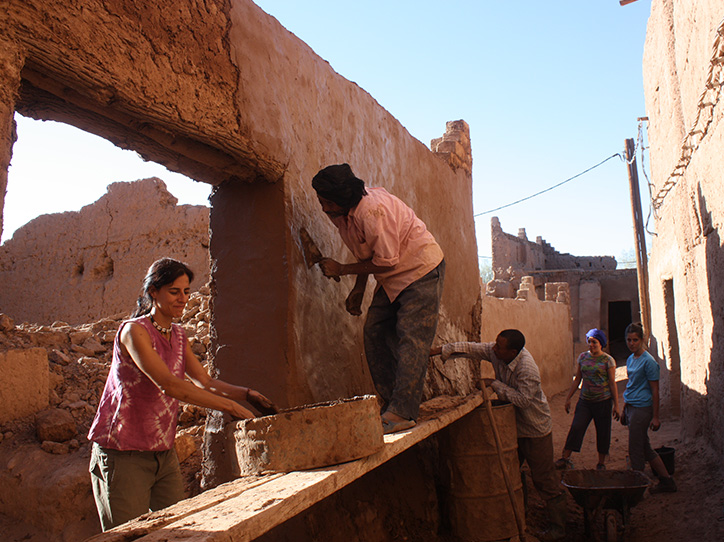 – 17 key buildings and public spaces (main gates, mosque, marabout) have been restored or reconstructed.
– Participants from all over the world have attended the workshops. Both local inhabitants and visitors have been trained in traditional building techniques.
– 12 ksours have been surveyed, along with their main buildings, and most of this work has been published and disseminated both locally and internationally.
– A sewerage system has been implemented in all the houses of the Mhamid El Ghizlane ksour.
– Local women have participated in international handicraft workshops as teachers. The cooperatives and shops have generated some direct income for them and given them deserved recognition.
– Meetings have been organised with local tourist guides and tourist authorities in the Zagora region to raise awareness among the population. 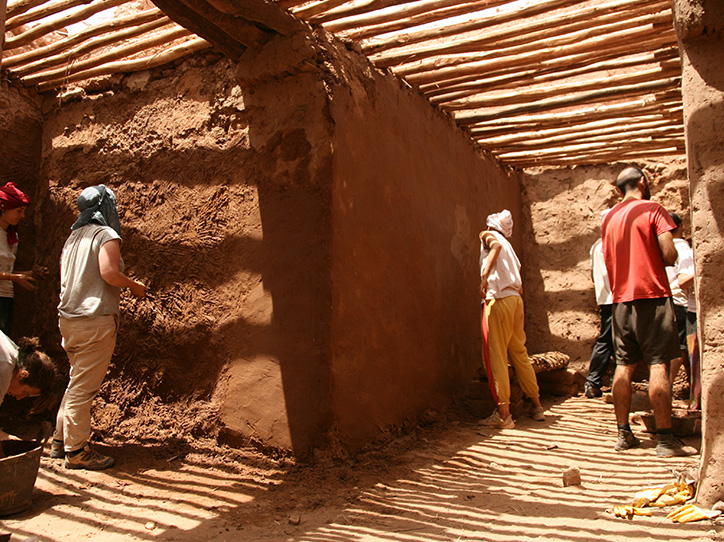 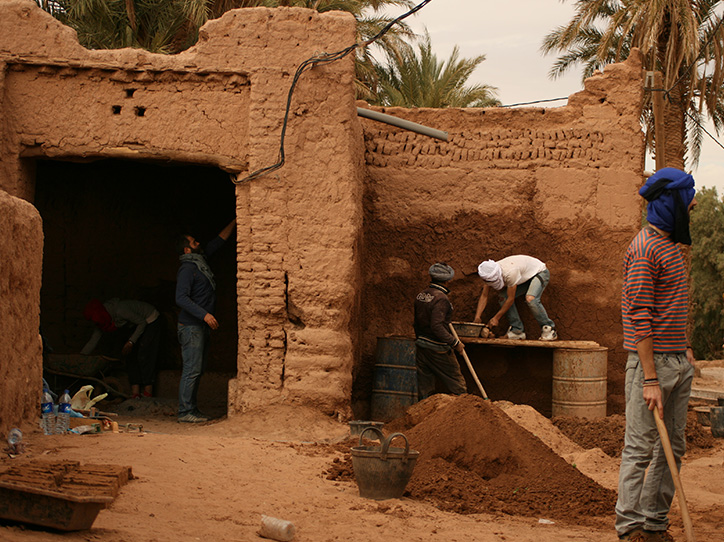 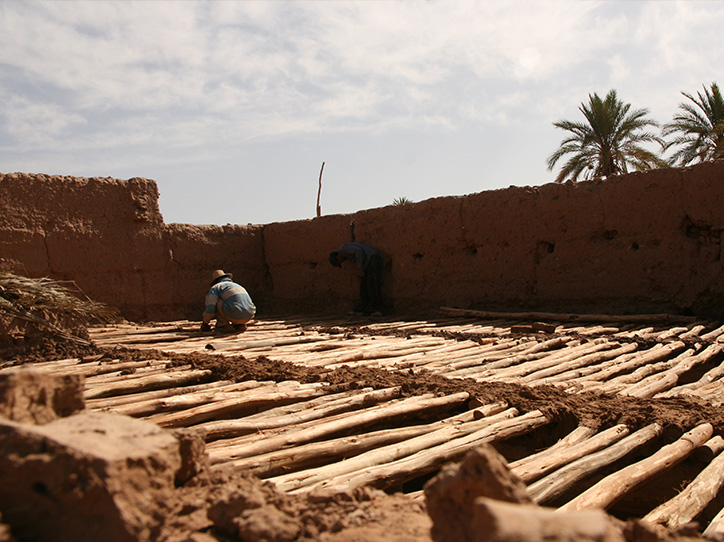 Terrachidia’s work is characterised by the use of traditional building techniques, which are those that use the resources found in the area, mainly earth and wood. Both materials have to be minimally processed before being used.

Among the traditional materials and techniques used are the following: 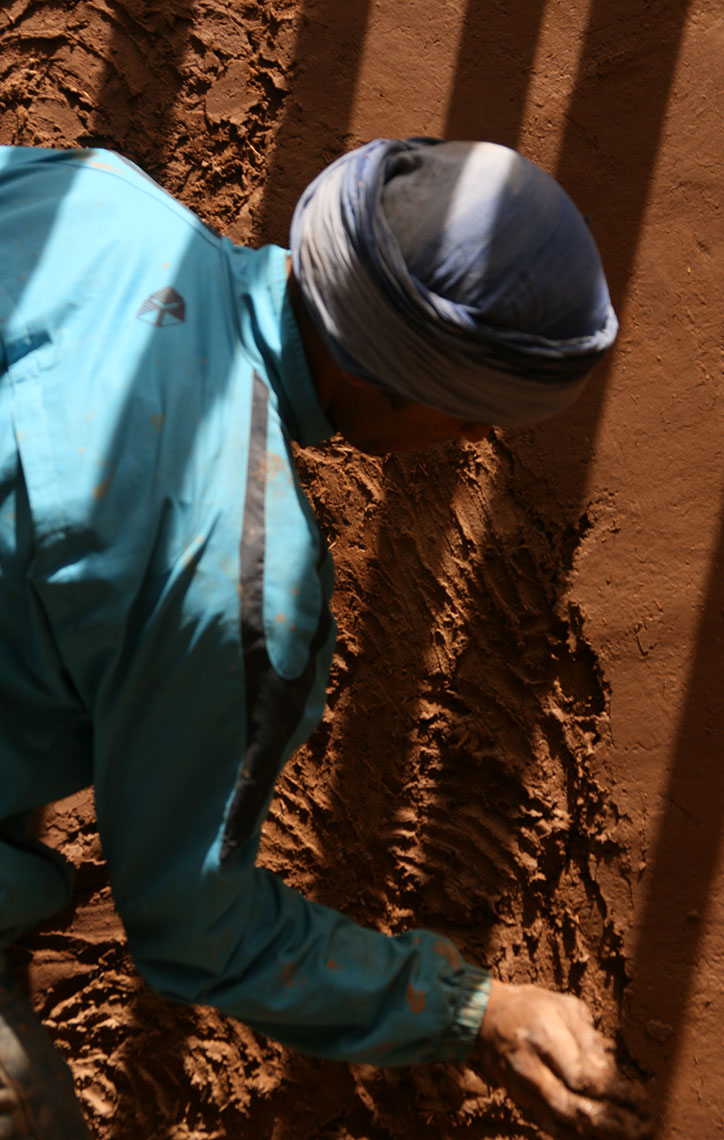 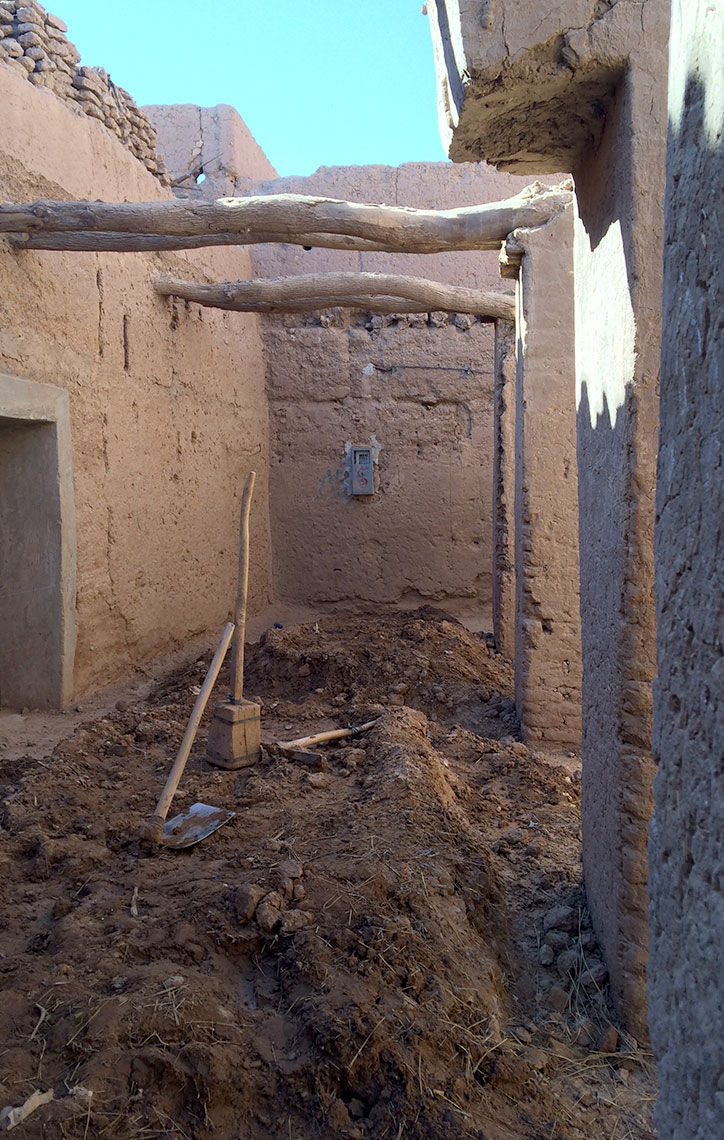 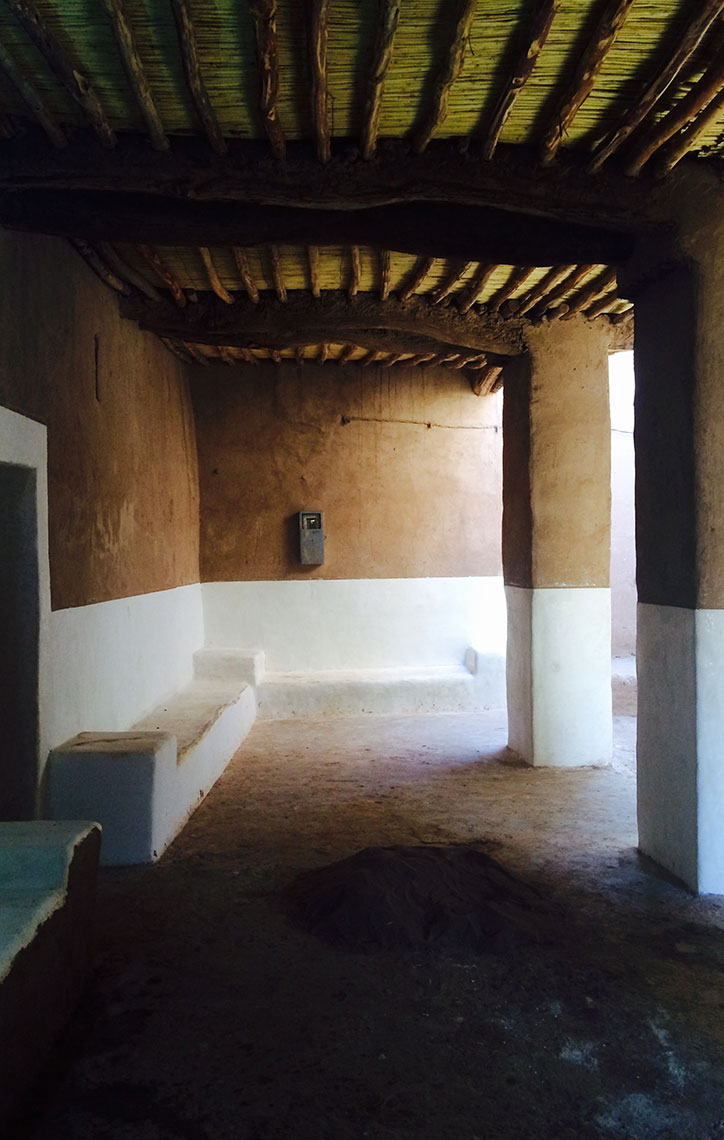