The jury has valued its magnificent work restoring traditional coffered ceilings and designing new ones, but above all recovering the knowledge of a lost trade. 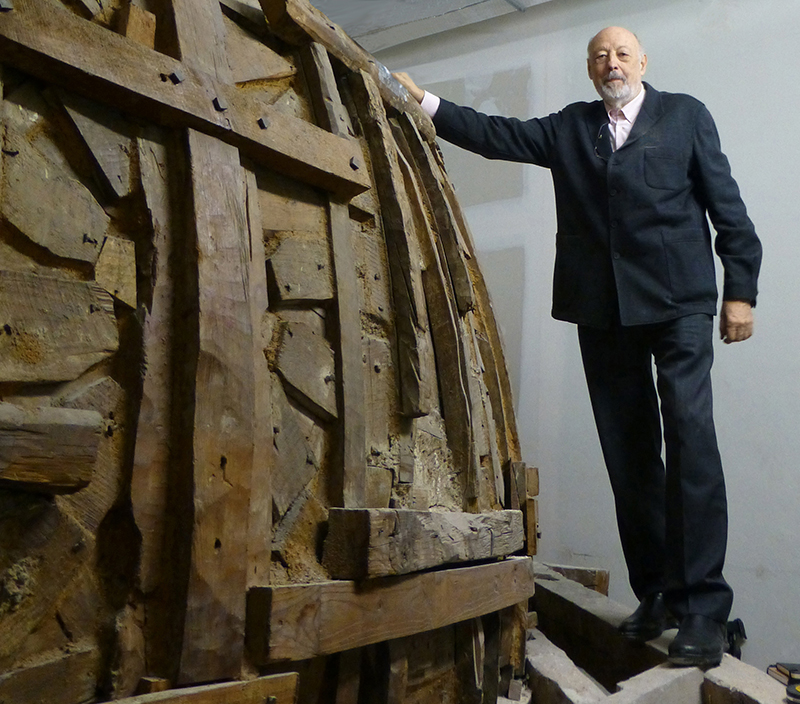 In this fifth edition Enrique Nuere, Valencian architect dedicated to monumental restoration, teaching the craft and writing numerous books and articles, has been awarded for his contribution to traditional architecture through his coffered works, known as Mudejar, and by the decipherment of the original geometric rules embodied in the manuscripts of carpentry of the seventeenth century. With this, Nuere has recovered a craft which was forgotten in the eighteenth century, the Carpintería de lo Blanco. As the presentation of the prize explains, these workers created for centuries some of the most beautiful and recognized architectural jewels of our country. After losing the tradition of the trade, Nuere decided to study the treatises of the profession and deciphered in the 80s the geometric principles that allow to elaborate these coffered complexes, until then, an enigma.

Rafael Manzano, architect who gives name to the prize, says: “Nuere is an exceptional draftsman, who has known how to penetrate the mysteries, both of the manuscripts, and of “La Carpintería de lo Blanco”, who cryptically reveals the secrets of this trade”.

The main works of Nuere are reflected in the new ceilings of the galleries of the Patio del Alcázar de Toledo, the cofferec ceiling of the paraninfo of the University of Alcalá de Henares, the room of visits of the Palau Güell in Barcelona, the Church of Madrigal de las Altas Torres in Ávila, the Castle of Cuenca, the cloister of the Clares of Salamanca, the ceilings of the Picasso Museum and the Thyssen Museum, both in Malaga and those of the Palace of Miguel Mañara in Seville, among others. His work can also be found in private mansions, such as the coffered ceiling of the house of Julio Iglesias in Marbella.

The Award with the highest cash prize in Spain

The Rafael Manzano Prize, the prize with the highest endowment in Spain, was made possible thanks to the generosity of US philanthropist Richard H. Driehaus. Additionally, Mr. Driehaus has created a competition to assist in the recovery of the heritage of Spanish towns, as well as an award to recover the work of construction artisans. The sum total of all the initiatives that Richard H. Driehaus has funded in Spain amounts to more than two million euros.