During the weekend of July 9-11, 2021, an intensive hands-on workshop on the different traditional building arts took place in Boceguillas, delivered by four of the master craftspeople who have been awarded in recent years with the Richard H. Driehaus Building Arts Awards. This workshop was organized by INTBAU at the Centro de Investigación de Arquitectura Tradicional (CIAT) that the Universidad Politécnica de Madrid has set up in this town in the northeast of the province of Segovia. 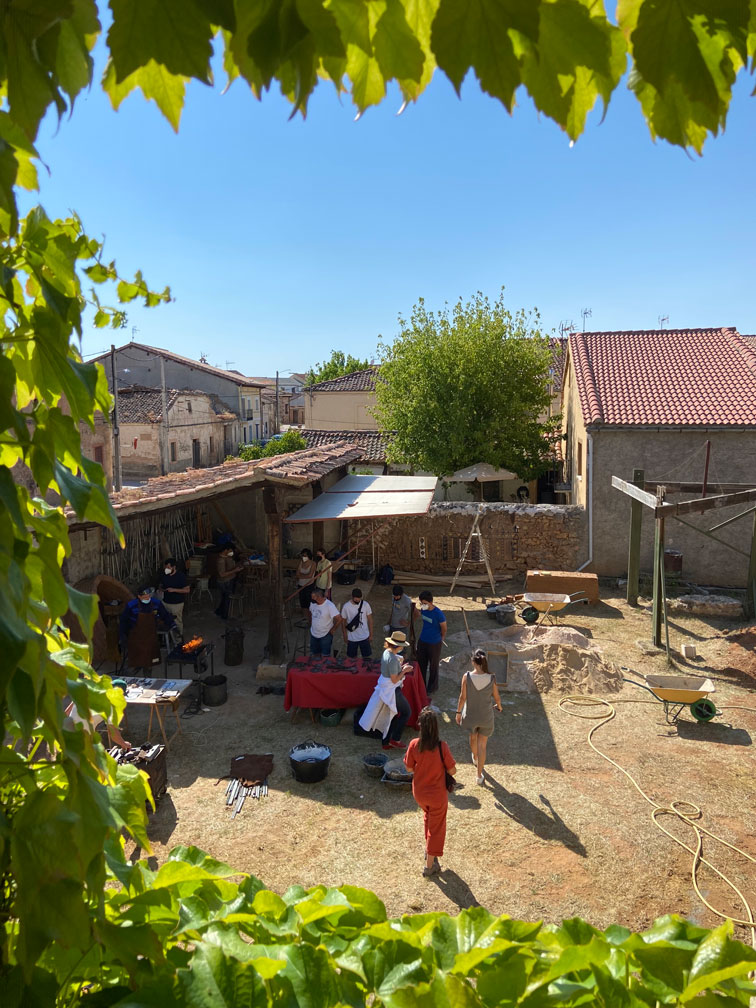 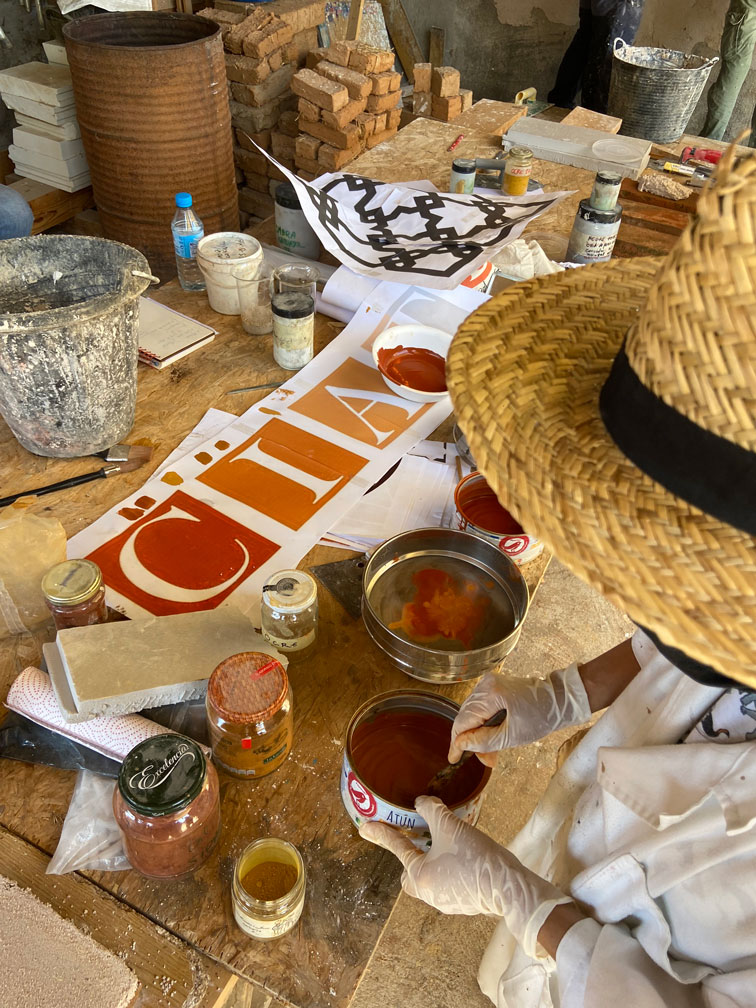 The twenty participants who took part in this course were able to enjoy the following workshops for three days:

In this workshop the participants had the opportunity to create in groups paints in a traditional way, following the recipes presented by Luis Prieto. In the first part of the workshop, some of the historical development of natural paints was explained, as well as their elaboration process. The paints were then made and applied to the wooden elements of two small structures located in the CIAT courtyard. The workshop attendees participated in all the steps of the process, from the elaboration of the paints to their final application. 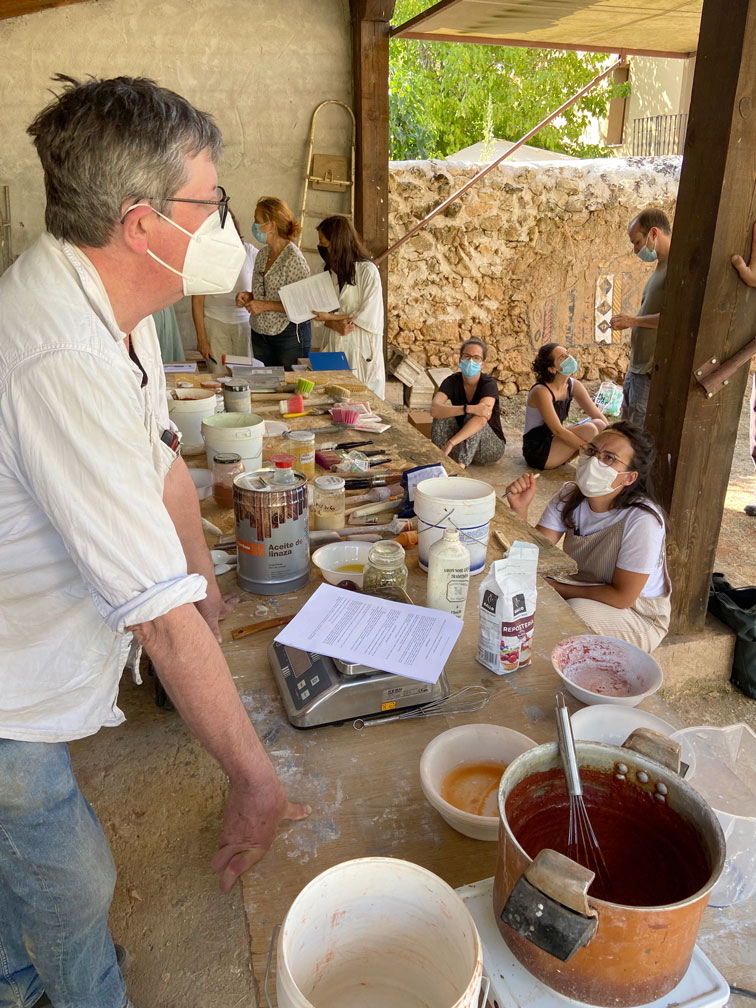 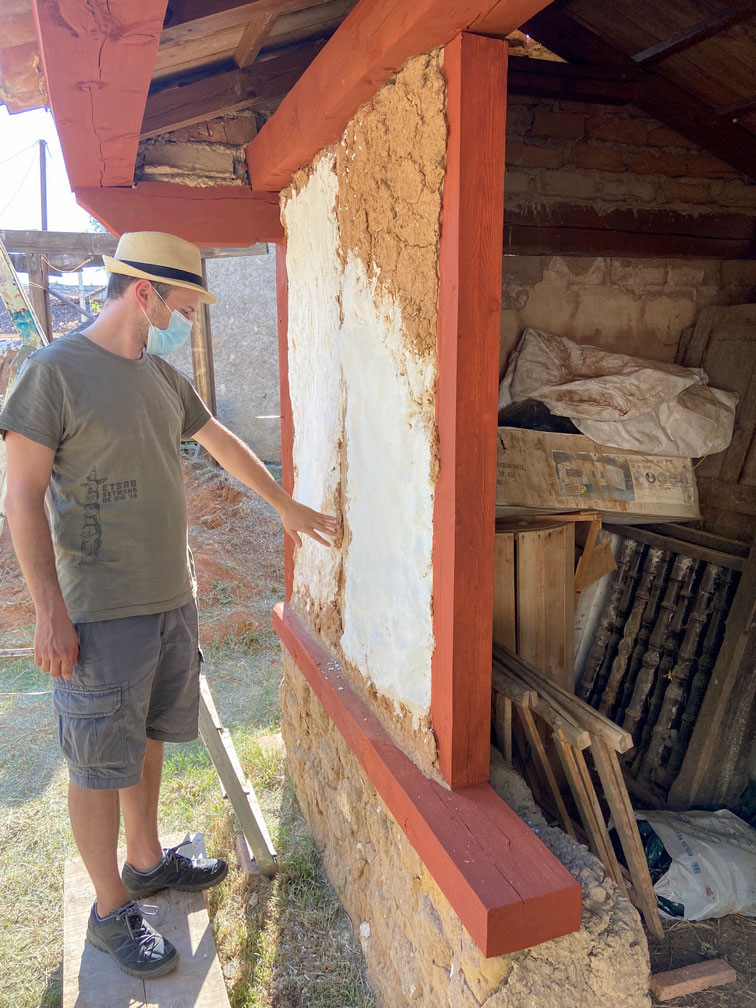 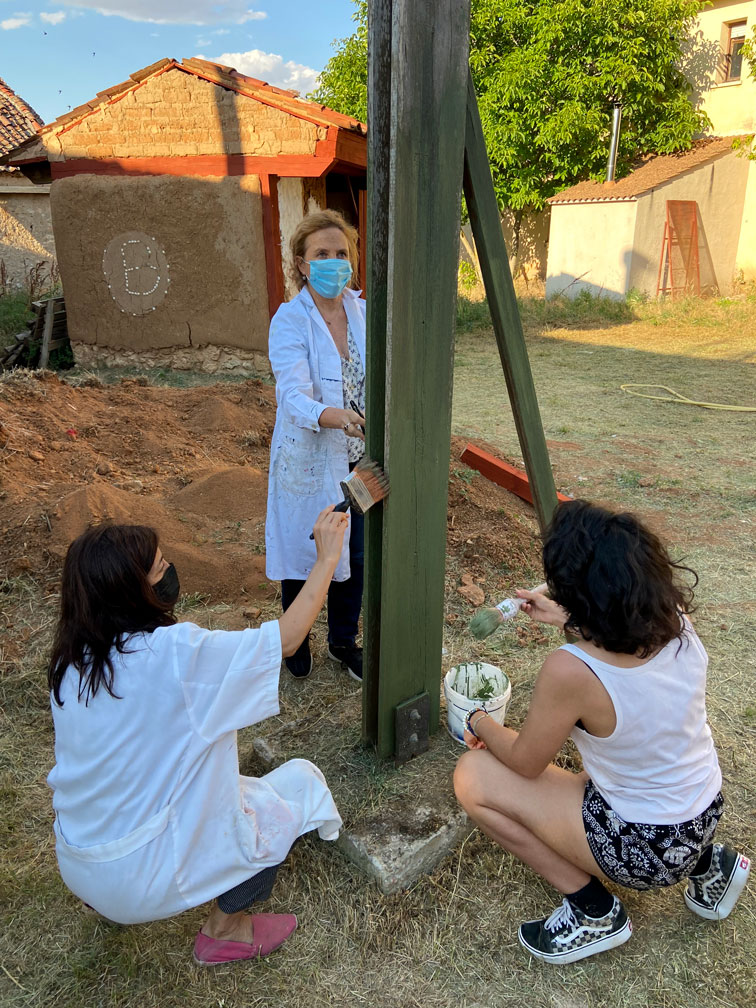 In this second workshop the participants were divided into three groups, each of them led by those who had previous experience in working with lime and plaster. The objective of the workshop was ambitious: to reproduce, by means of the sgraffito technique, on three walls of very different characteristics, the logos of CIAT and of two of the initiatives organized by INTBAU, the Building Masters Network and the Building Arts Awards. To do this it was necessary to prepare the supporting walls with a different rendering and apply superimposed layers of lime mortar pigmented with a different color on each one of them to then produce the designs in relief by removing the outer layers according to the motifs that had been selected. 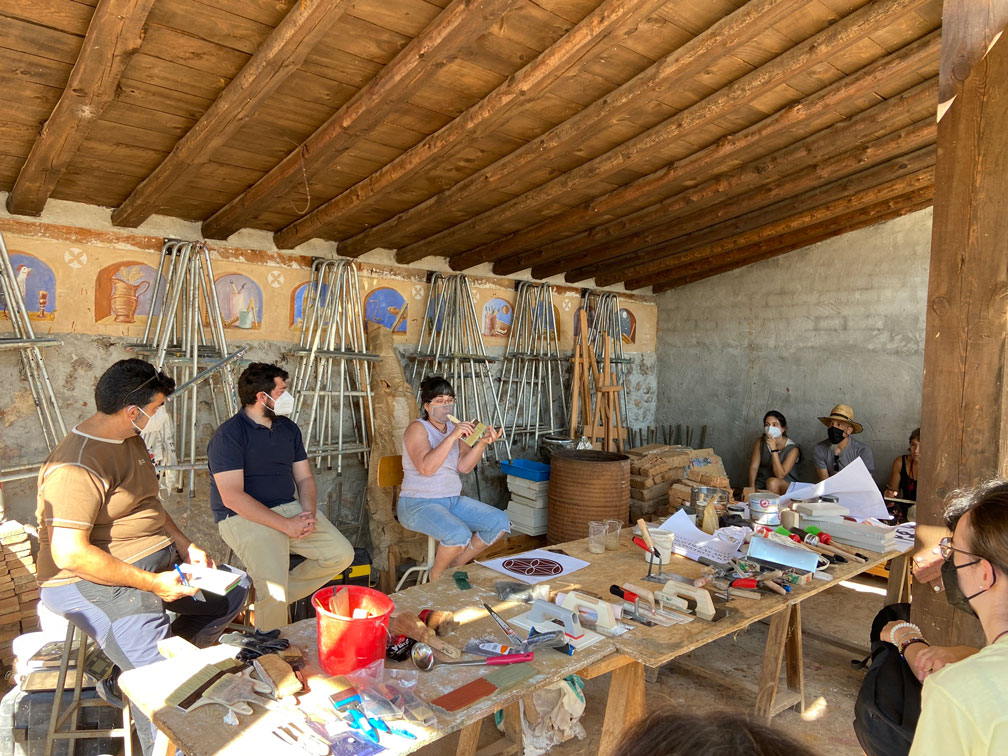 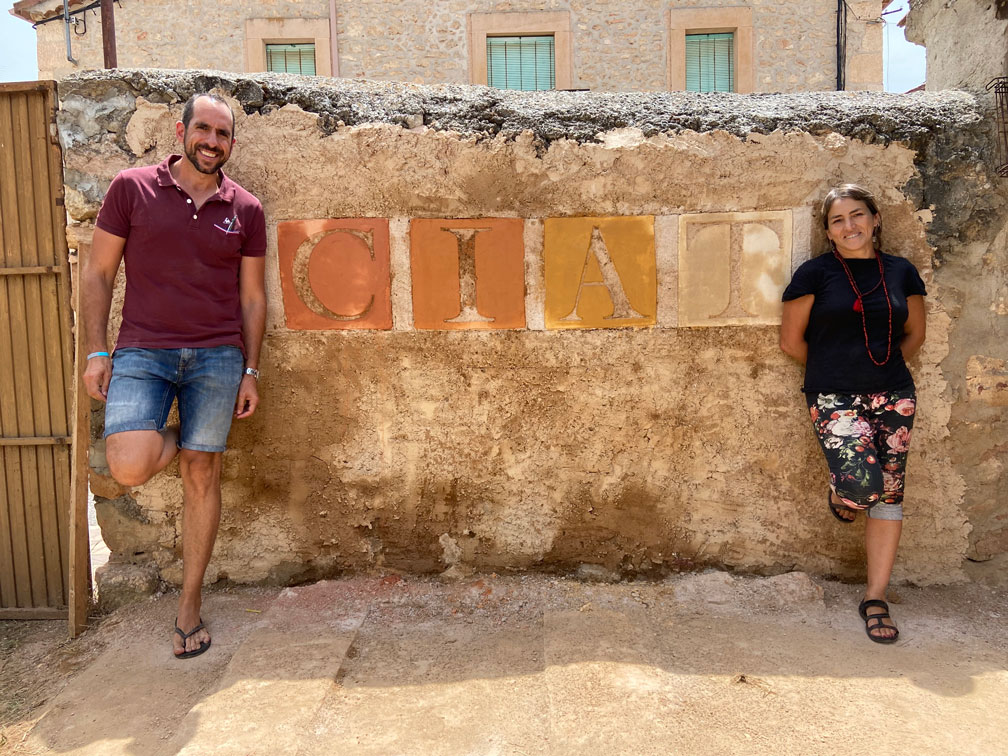 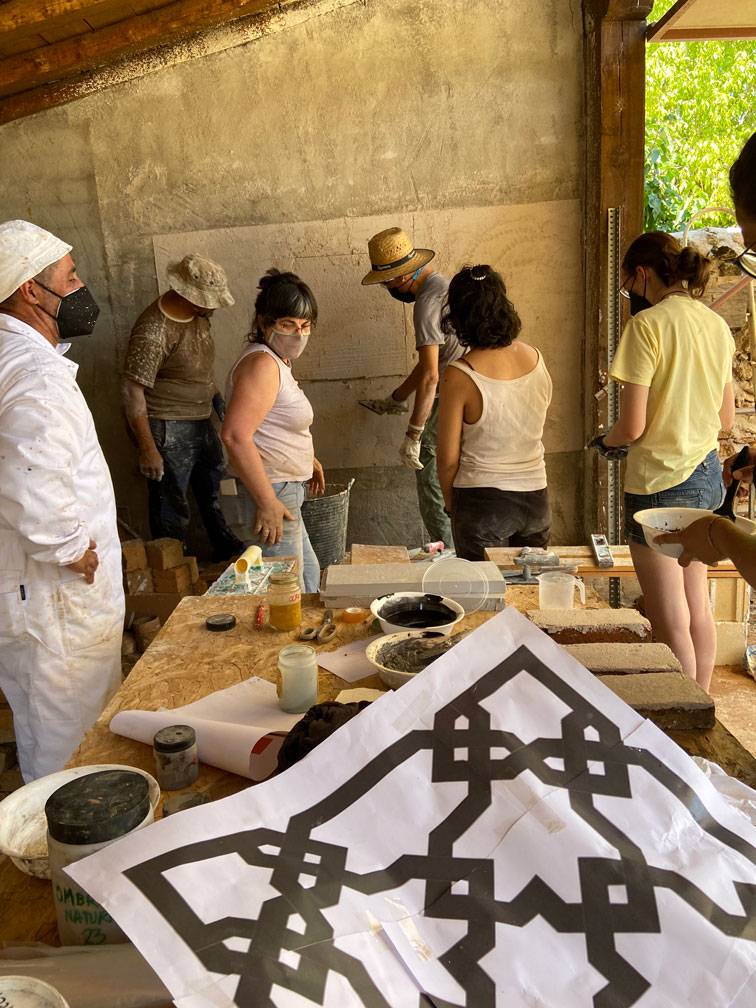 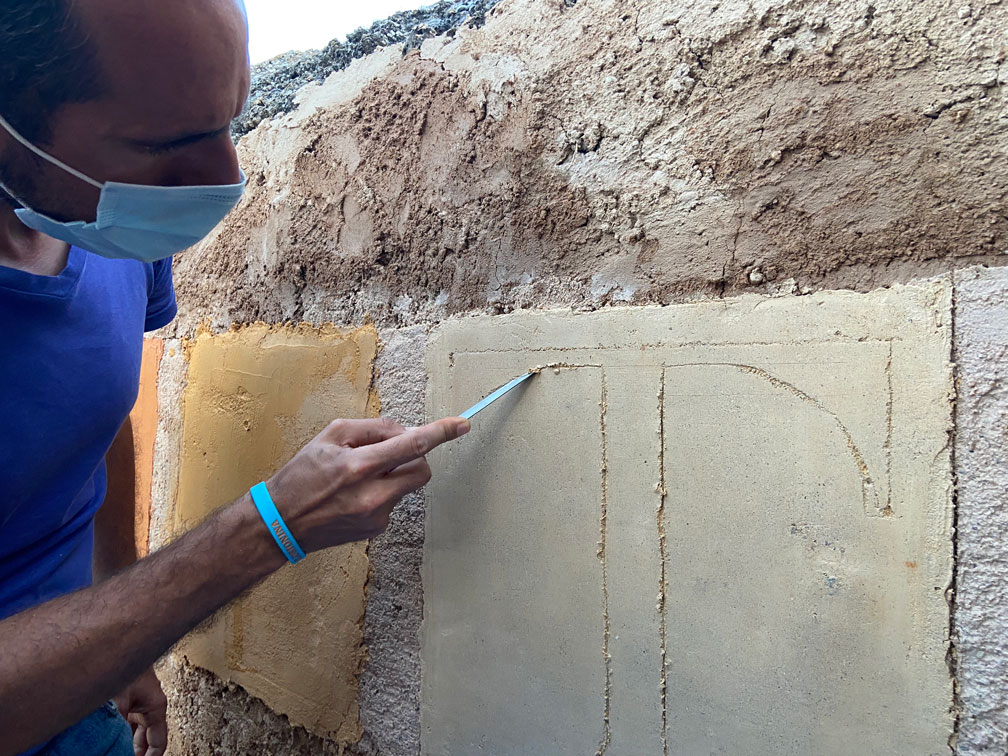 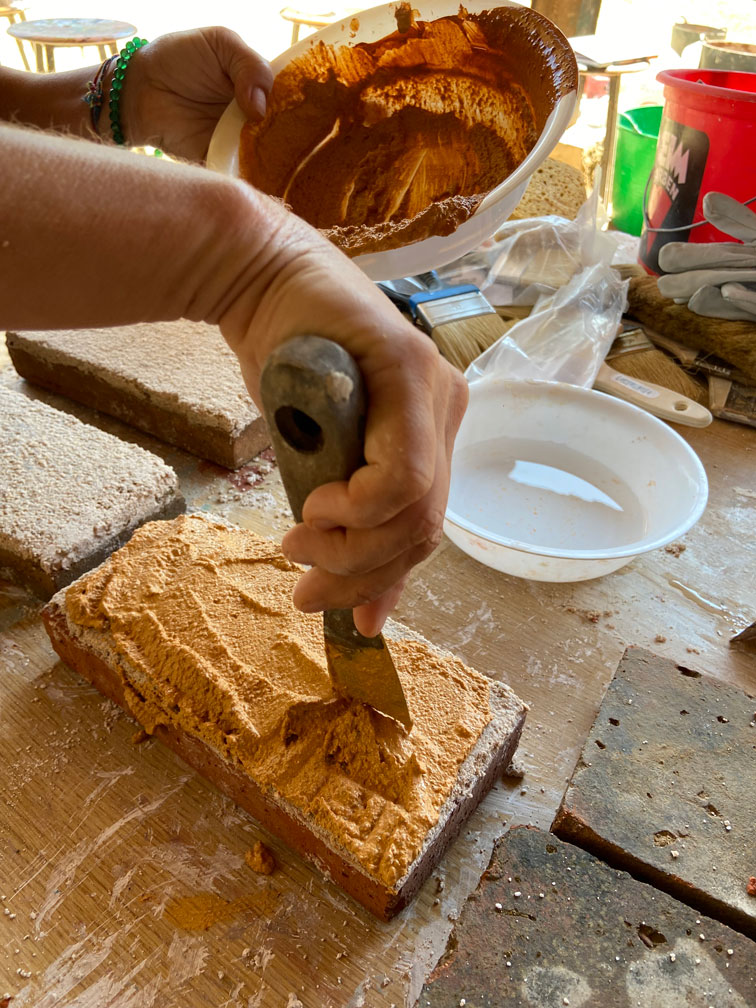 This workshop began with a theoretical lecture entitled “Forging in construction”, in which Santiago Martínez showed, using his own works as an example, how the different metals used in construction have been worked and treated for centuries, as well as the characteristics that differentiate them from each other. This was followed by a practical demonstration in which, using a portable forge, an anvil and the traditional blacksmith’s tools, it was shown how to forge various metals, both ferrous and non-ferrous, and how to carry out lead fillings, a technique that allows the metal elements to be joined to the masonry on site without cracking. Each of the participants had the opportunity to work on the anvil and shape their own pieces, guided at all times by the master blacksmith and his assistant. 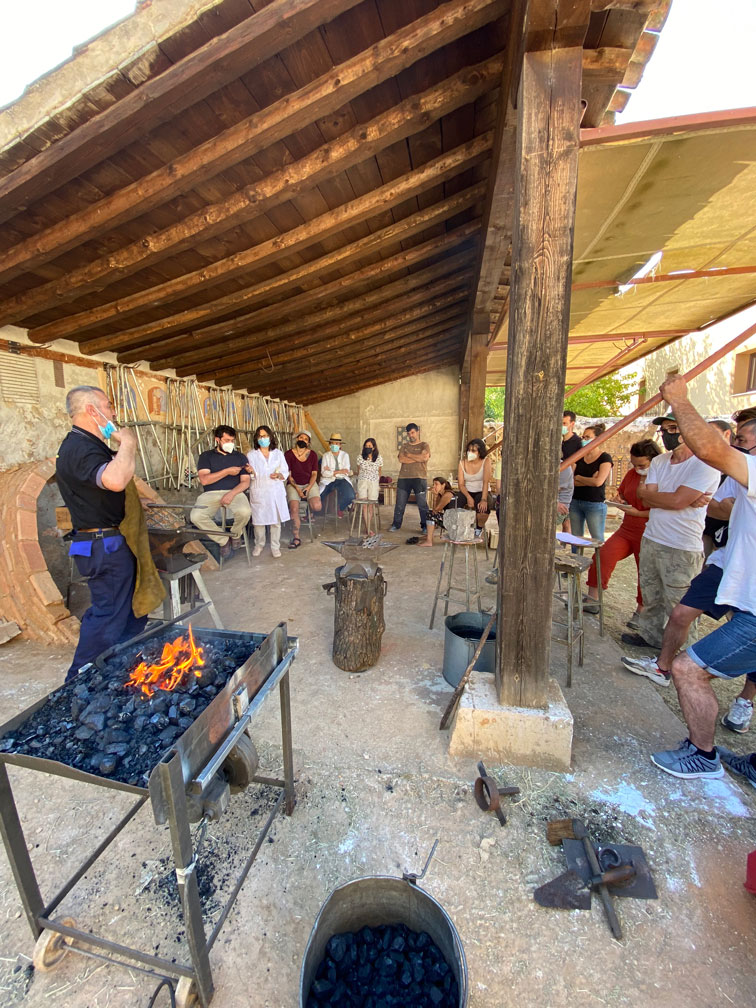 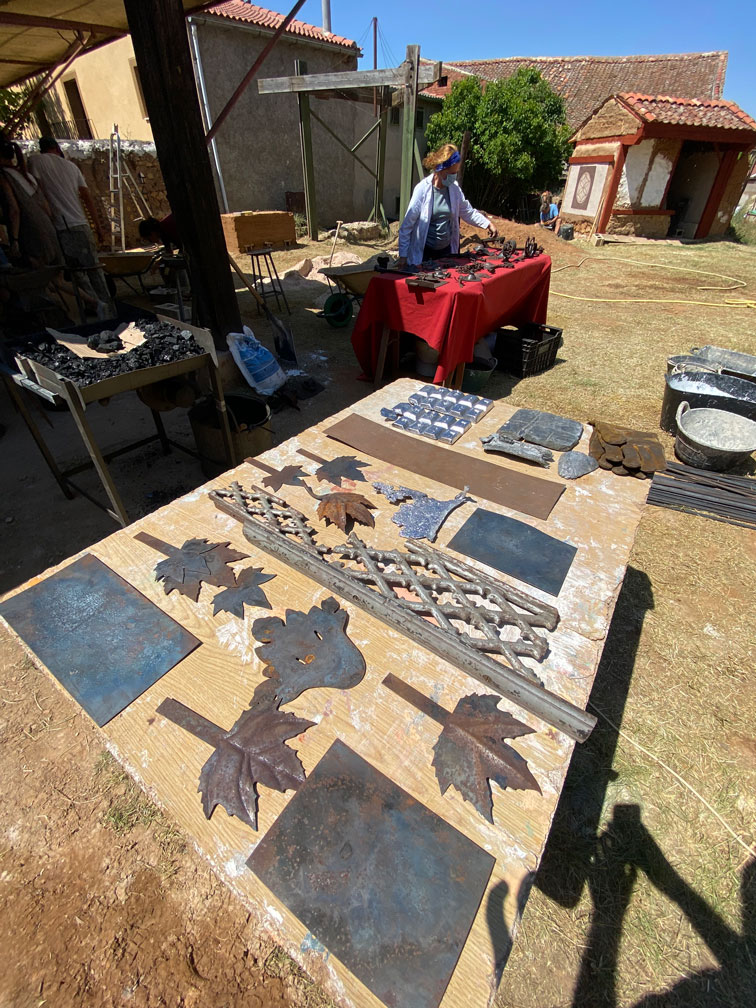 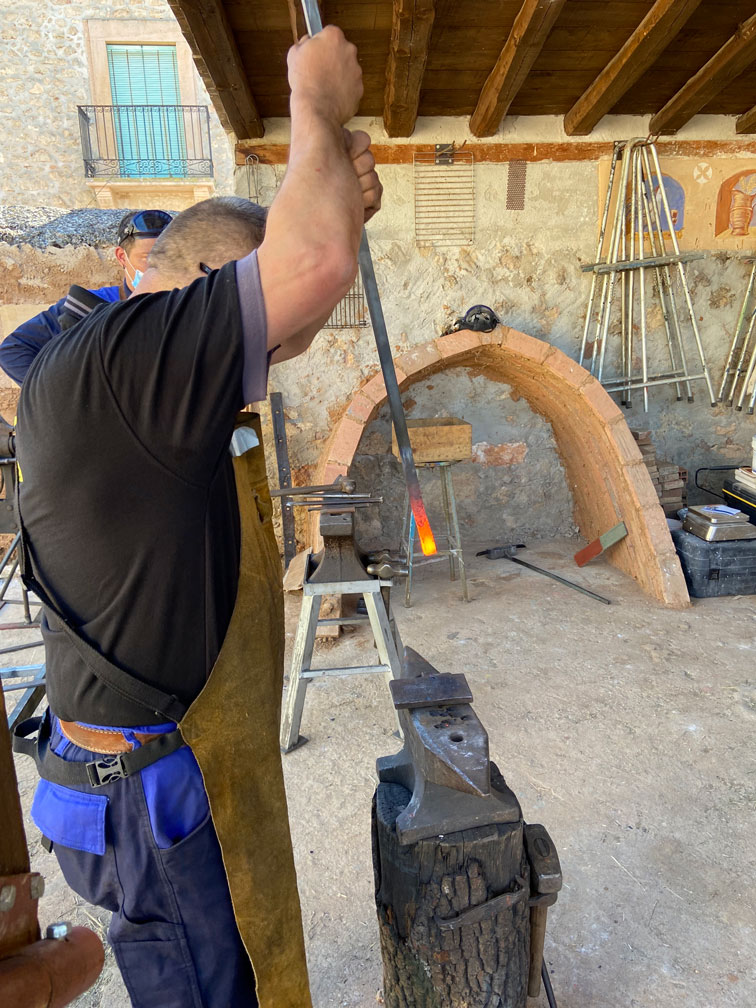 In this fourth workshop, which ended the series, the master Paco Luis Martos taught how wood should be treated before being polychromed, in addition to showing how the paint should be applied. To paint the wood it is necessary to first prepare the surface with several coats of stucco. After sanding and applying a coat of animal glue thinned with water, it is painted with a mixture of natural pigments agglutinated with egg yolk or hot glue. Once the drawing is finished, shellac and a coat of wax can be applied to protect it. Each participant had the opportunity to work on his or her own board and to paint a decorative motif of his or her choice, so that all the steps of the process described above could be carried out. 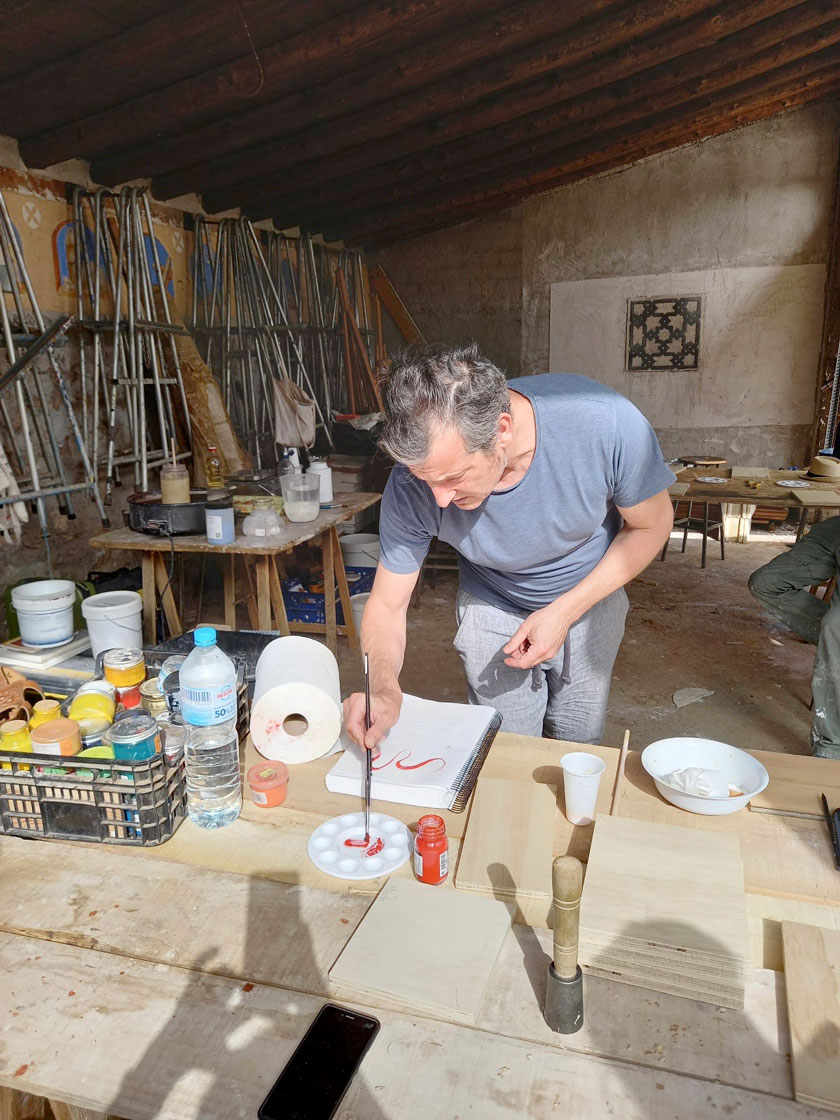 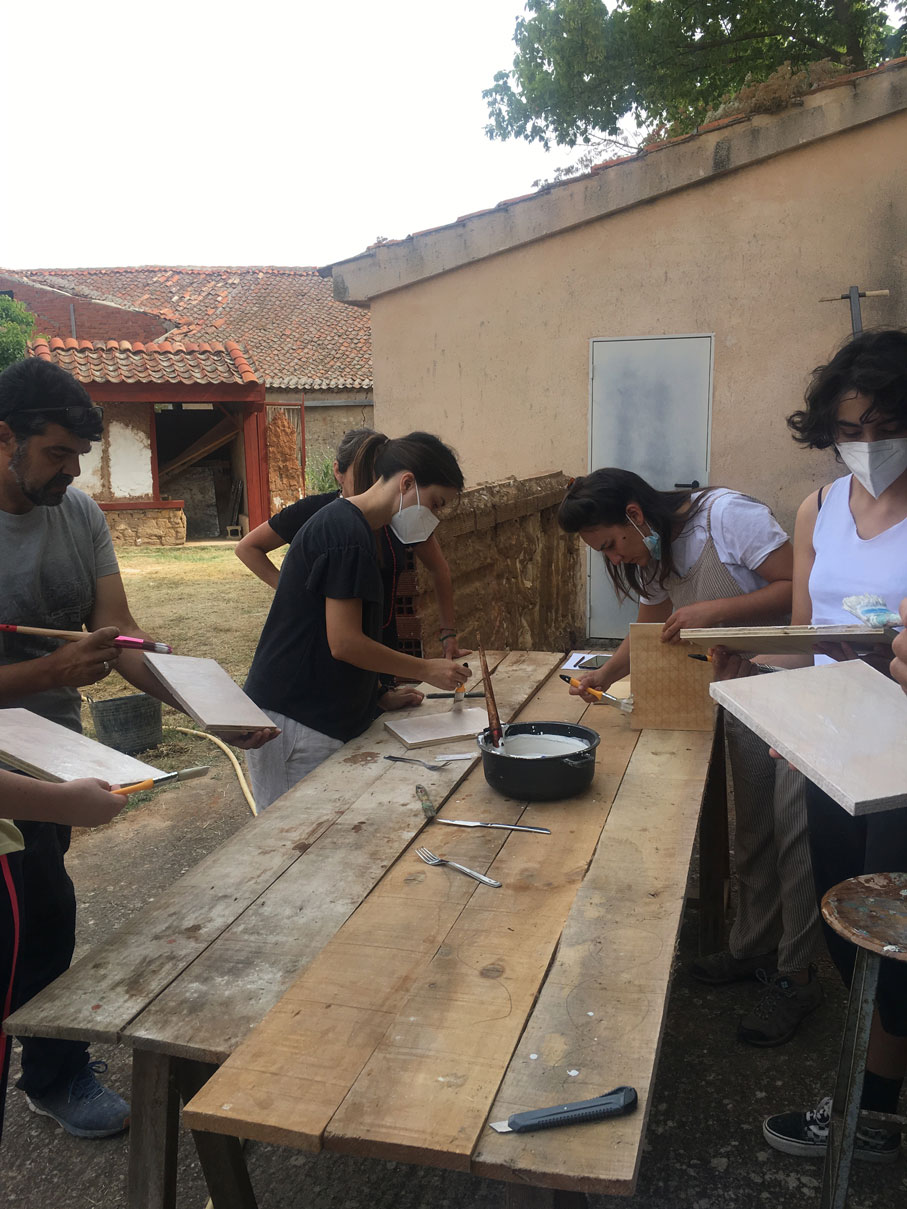 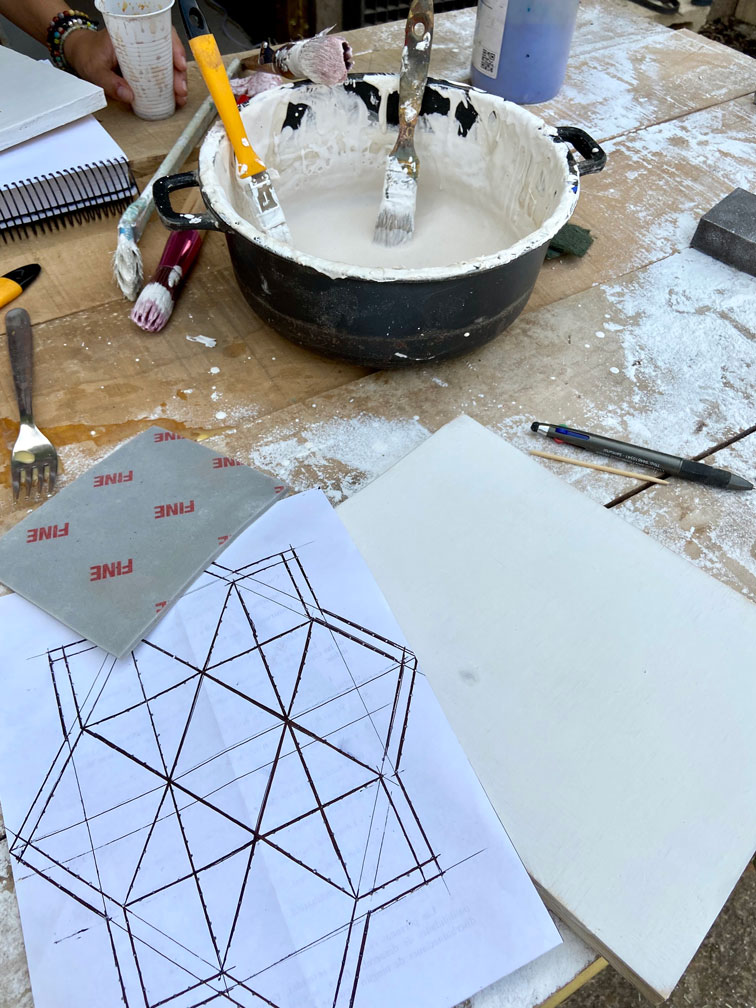 This intensive hands-on workshop has been organized by INTBAU and the Centro de Investigación de Arquitectura Tradicional of the Universidad Politécnica de Madrid. 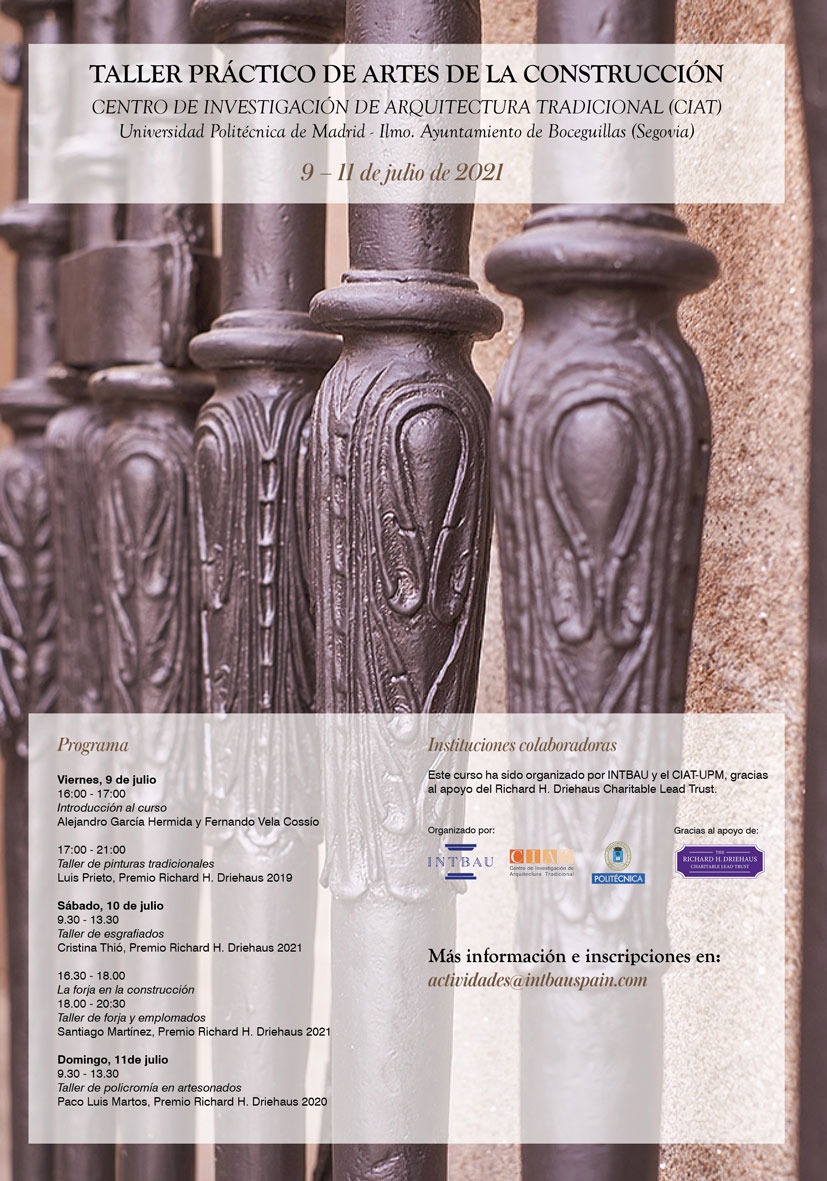